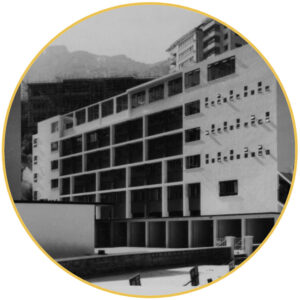 Our school was established in the late 1950s and was originally to be known as May Road School. This was a time when Mid-Levels’ old houses were all being replaced by large blocks of flats accommodating a growing number of families with children and creating demand for more school places in the area.

According to founding Principal Doreen Handyside, who opened the school and shaped its educational direction for its first 25 years between 1958 and 1983, the banks, the hongs and the business community put up most of the money and the government made up any shortfall. The school stood on land provided by Chartered Bank, one of the forerunners to Standard Chartered Bank, for a ground rent of HK$1 per annum.

The school officially opened on 7 January 1959 as ‘Glenealy Junior School’, a name suggested by Doreen Handyside which references the valley that runs down from Conduit Road down to Wyndham Street. It quickly established itself as an important part of the community and gained a solid reputation.

Following a government review in 1978, it was determined that English-language grant-aided schools were no longer viable and several schools including Glenealy were subsequently handed over to ESF in 1979.

In 1981, Hongkong Land acquired the plot of land the school sat on to make way for property development, and the old school building was torn down with promises that a new one would be built within two years.

Approximately 400 students were moved to what used to be the Victoria Barracks in Admiralty, and in 1988 moved again to the old Kennedy Road school site. It was not until 1989 that the new school on Hornsey Road, Mid-Levels, finally opened its doors and the students and staff moved back in.

Following Doreen Handyside’s retirement, Hugh Drummond took the helm as Principal. The school continued to flourish over these years offering a myriad of opportunities for students to experience a broad range of learning and activities through their school life.  Noteworthy was the school’s drama and music programme led by a long serving and talented staff member, Liz Ryan who was both the Vice Principal and music teacher for 33 years.

The school’s reputation in the Mid-Levels continued to be strong under the leadership of Ed Harvey who took over the principalship in 1996. During his tenure, Ed convinced the community that there were areas of the building that could be utilised more efficiently.  He initiated the rearrangement of classrooms on the third and fourth floors, created a designated patio play area for Year 1 children outside their classroom, and converted toilets on the first floor into a science lab.

During Peter Woods’ principalship, 2005-2009, the school launched the International Baccalaureate Primary Years Programme (PYP) and embarked on a journey which was vastly different to the English-based curriculum offered previously. Simultaneously, the school also embarked on a self-study process with external organisations Western Association of Schools and Colleges (WASC) and the Council of International Schools (CIS).

2010 was an eventful year for Glenealy as it was successfully authorised to deliver the IB Primary Years Programme. It received accreditation from the CIS, and Brenda Cook joined the school as Principal. 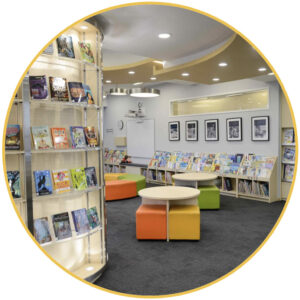 By that time the school urgently needed modernisation and so began a six year project to innovate and create an environment that facilitates and supports student learning and achievement in the 21st Century. The upgrade became the largest undertaking in the school’s recent history, encompassing the remodelling of all classrooms including the music and Mandarin rooms, the library, playground, individual needs room and office, with the biggest project the redevelopment of the school hall into the Centre for Performing Arts and Sports opening in January 2017.

Throughout all of these years Glenealy School has had significant support from its community. The PTA and School Council worked in partnership with the school to achieve great things and continues to be significantly involved in the school in a myriad of different ways which make a positive difference to the students, the teachers, the parents, and the wider community.

Welcome and please be advised that ESF uses cookies. By accessing an ESF, ESL or PTA web site and other online ESF services, such as ESF’s mobile app, users agree that ESF can store and access cookies, IP addresses and use other methods in order to collect website usage data, and improve user’s online experience. By continuing to access this web site, users agree to the use of cookies, which is handled in accordance to the ESF Data Privacy Policy. Information collected via cookies is handled in accordance with the ESF Personal Data Handling Policy and its related Personal Information Collection Statements (“PICS”). A copy of the PICS can be found on the ESF web site

Welcome and please be advised that ESF uses cookies. By continuing to access this web site, users agree to the use of cookies and the information collected by them by the ESF.

This website uses cookies to improve your experience while you navigate through the website. Out of these, the cookies that are categorized as necessary are stored on your browser as they are essential for the working of basic functionalities of the website. We also use third-party cookies that help us analyze and understand how you use this website. These cookies will be stored in your browser only with your consent. You also have the option to opt-out of these cookies. But opting out of some of these cookies may affect your browsing experience.
Necessary Always Enabled

Any cookies that may not be particularly necessary for the website to function and is used specifically to collect user personal data via analytics, ads, other embedded contents are termed as non-necessary cookies. It is mandatory to procure user consent prior to running these cookies on your website.